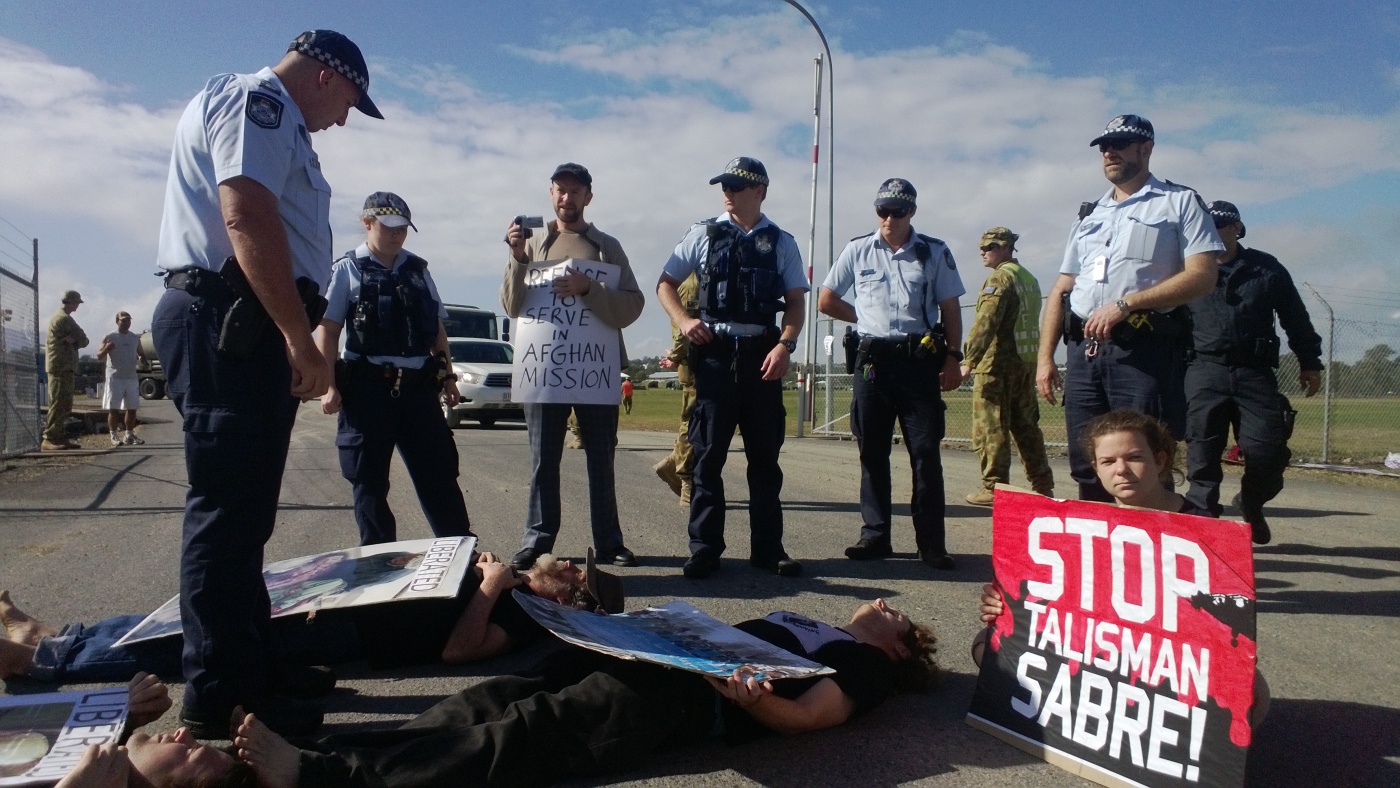 Peace and Remembrance Vigil: 8:30 am outside the Rockhampton Magistrates Court

Four Brisbane peace activists will appear in the Rockhampton Magistrates Court at 9am Monday, January 6, 2014 for charges related to resisting the 2013 Talisman Saber military exercise which took place July 15- August 5, last year. Jim Dowling, David Sprigg, Andy Paine, and Robin Taubenfeld were arrested on July 19 for lying on the road outside the Rockhampton Army Barracks. The protestors were holding photographs of victims of the US led wars in Afghanistan and Iraq at the time of their arrest. Involving 18,000 American and 9,000 Australian troops, Talisman Saber 2013 was one of the world’s largest ever military exercises.  “Australia’s unwavering support for US military endeavours is bringing suffering, not liberation, to countless people – civilians and military personnel – whose faces we never see – while increasing, not diminishing, threats to Australia’s own peace and security,” activist Andy Paine said.  “In a time of never-ending war, it is our responsibility to do what we can to thwart the war machine, call for peace, and give voice to those invisible victims.”  “The two major wars these exercises have supported for more than a decade, have both been unmitigated disasters, undertaken largely without the support of the Australian people. We feel nonviolent resistance to war making, is the best contribution we can make to promoting peace in Iraq and Afghanistan,” Mr. Paine stated. “More war making has definitely proven to be the worst contribution our country could have made.”  For more information or comment contact:  Andy Paine 0413 205 154 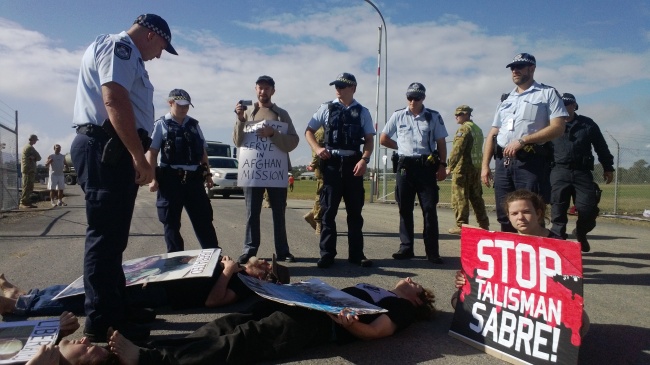