For updates about the Peace Convergence and related events. 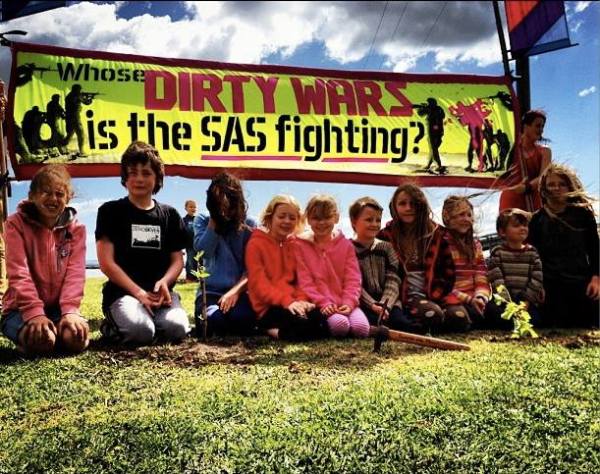 Seventeen people are currently occupying the Swan Island SAS training base in Victoria and have stopped operations including access to the base.  Photos and updates of this action and others can be followed on Facebook https://www.facebook.com/SwanIslandPeace and twitter #sipc13. For background information visit the Swan Island Peace Convergence website http://swanislandpeace.org 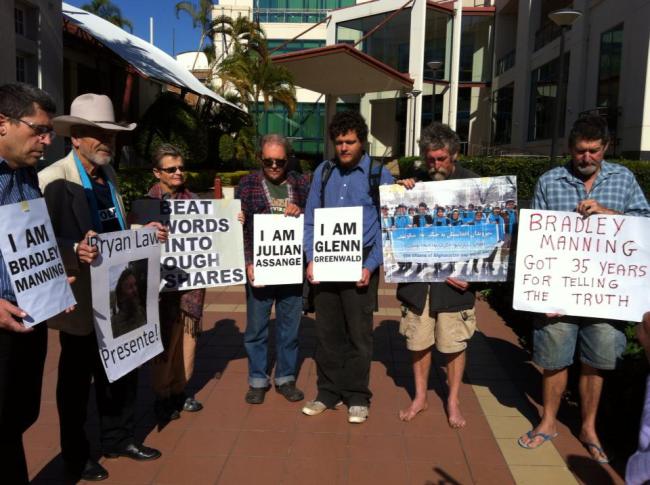 The Tiger Ploughshares trial resumes today after the jury failed to come to an unanimous verdict.  The jury deliberated for five hours after two days of hearings and a morning of summary statements left two jurors unconvinced of Graeme Dunstan’s guilt in charges of wilful damage of Commonwealth property.

Mr Dunstan supported pacifist Bryan Law, now deceased, in an action of disarmament in 2011 during the Talisman Saber US- Australian military exercises.

The jury had been shown footage released by Bradley Manning of a US helicopter killing civilians in Iraq.  A closed military court  has just demoted Mr Manning and sentenced  him to  35 years  and dishonorable discharge for releasing the footage – now known as the “Collateral Murder” footage, which clearly exposes war crimes committed by the US military.  Despite the severity of the military court sentencing, Mr Manning has been nominated for a Nobel Peace Prize for his actions.  (http://www.abc.net.au/news/2012-02-27/bradley-manning-nominated-for-nobel-peace-prize/3855944)

The jury viewed the footage, and heard related testimony from Australian peace activist Donna Mulhearn who had traveled to Iraq as a “Human Shield” in 2003. Reverend Simon Moyle also gave testimony about both christian pacifism and the Ploughshare movement and his personal experiences in Afganistan.

Footage released by Bradley Manning via WikiLeaks  and shown in court  in Rockhampton can be seen here:

Photos outside Rockhampton Ploughshares Trial rmembering those killed in the Collateral Murder footage and those who took the risk to release it are availble on the Peace Convergence site:  https://peaceconvergence.wordpress.com/2013/08/21/day-3-tiger-ploughshare-trial/ 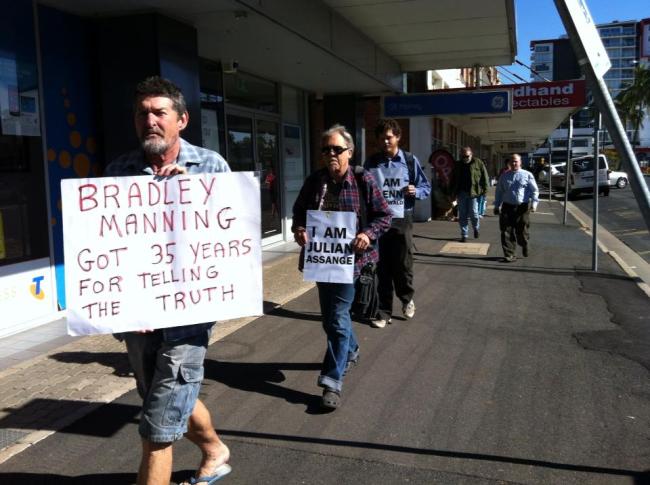 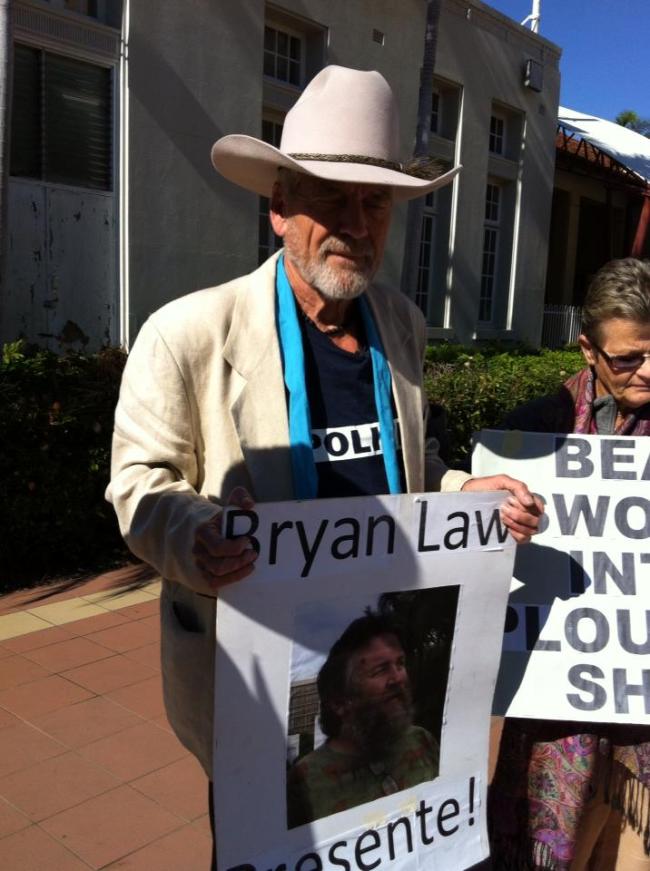 This story and video are reposted from: http://wiseupaction.info/2013/08/10/australian-who-took-action/

“Machine guns mounted on a US Apache helicopter, possibly even one that will attend Talisman Sabre, killed innocent journalists and wounded children in Iraq in 2007 as shown in the collateral murder film which sparked the Wikileaks controversy.”

In the event, it was another helicopter gunship, the Tiger, that became the target for the Australian action. Tiger helicopters are equipped to carry turreted-cannon, rockets and the same Hellfire air-to-ground missiles used by Apaches. Like the Apache, the Tiger has the capability to detect and engage targets (that often turn out to be civilians) at long distances.

Graeme needs your support and solidarity. Use #StandbyGraemeD hashtag on twitter.

For more about the acts of mercy that have landed Graeme and others including Bradley Manning and Julian Assange in jeopardy, see this page :http://wiseupaction.info/australian-graeme-dunstan-on-trial-19th-august/

For more information and details of how to support Graeme, see this page:
http://wiseupaction.info/two-helicopter-gunships-two-stories-of-compassion-and-resistance/

or the Peace Convergence blog.